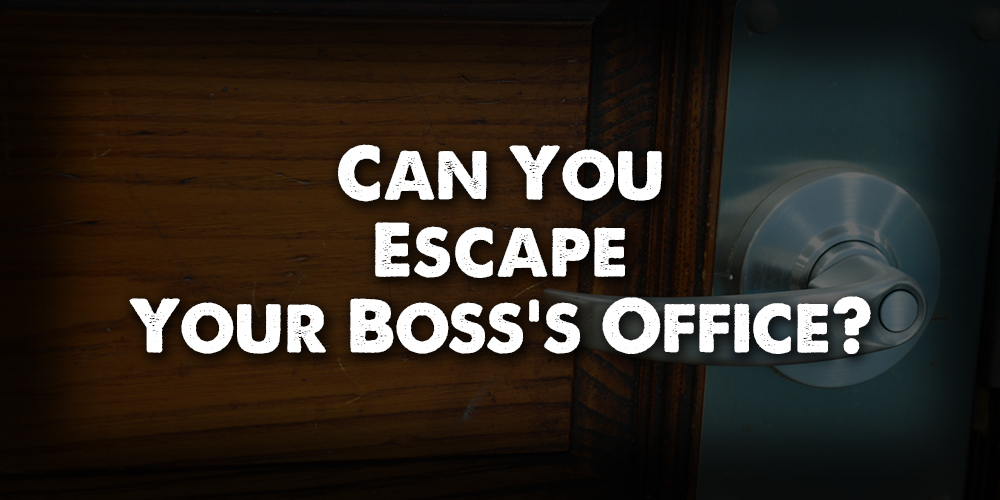 Sacramento Escape Room: Can you escape your boss

Almost every escape game I have ever played made use of the ripped up message puzzle at some point. Some games used pages of a journal that were ripped out and left as breadcrumbs for the player. Really? Who does that? Why would anyone rip out pages of their diary and leave them in conspicuous places all around the place? The funny thing is, this has become such a trend that players have learned not to question it anymore. We kind of just understand this is how we learn more of the story.

Many games have come up with better systems, but the breadcrumb trail of written clues have become the go to for most game developers. It became a cliche in our designs and we kind of kept on adding them to our games because players started complaining that the game was missing a story when we did not force feed them the breadcrumbs.

I made this quick puzzle as a homage to these little puzzles that we throw in to our designs that always work. I have never seen one of these end up confusing a player. Players seem to have an innate sense of what to do immediately when they see a torn up message in an escape game. This has become such a mainstay in our games. If an escape room designer tore up his grocery list and dropped it on the floor by accident in an escape room, he could potentially ruin the experience for his players as they spend 30 minutes searching for a box of Cheerios.

Do you have what it takes to piece together this clue and escape your boss's office?